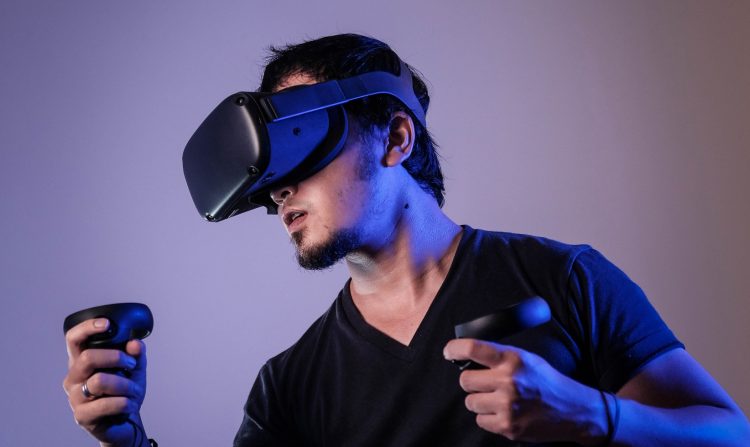 While ImageNet is leading the current revolution of Artificial Intelligence, there are many areas where researchers do not have enough data available to create algorithms of high quality. The reason is that the required data is often too expensive, not accessible or doesn’t exist. For example, the production of self-driving cars is limited by the lack of data about a wide variety of possible driving conditions. Information about accidents and near misses also needs to be recorded. It is unethical to create traffic accidents to get data for self-driving AI. But what we can do is develop simulations. They can help us get whatever data we want.

Unity Simulation is available on Google Cloud, and there are many reasons to get excited about it. Using the tremendous scalability of Google Cloud and real-time 3D technology, the simulation-maker utilizes Unity’s experience in creating visually rich simulations. Vice President of Machine Learning and Artificial Intelligence at Unity Technologies, Danny Lange, says that Unity Simulation can enable users to run multiple Unity projects at an unbelievable scale.

We have been using computers to run simulations ever since their invention. In the very beginning, researchers were using some of the computers to simulate complex physical phenomena—their main uses are for Simulation Creation varied from ballistics to weather. Some of the largest supercomputers are in use today to execute climate change simulations and to find new chemical compounds.

Two main types of Simulations are recognized. The first type are High Precision Scientific (or engineering) Simulations, and the second are Large Scale Probabilistic Simulations.

Simulations that deal with Science and Engineering should be exact and accurate. To understand how the weather’s working, one needs to model fluid dynamics equations that deal with density and temperature. There should also be a model of the world with very high resolution. If we build a new turbine fan, we need to understand its physical properties in great detail. Thermal conductivity and elasticity play an essential role when fans rotate at speeds greater than a thousand revolutions per minute and when they operate at a temperature of more than a thousand degrees Fahrenheit. It’s critical to understand microscopic and quantum effects to study any particular physical system.

We need to explore many options and to use less precise models of reality when it comes to Probabilistic Simulations. Many of these simulations originate from Monte Carlo methods (popularized by Ulam). Here, we try to arrive at a solution or a range of approximate solutions by going through several slight variations in a simulation scenario. Suppose we are attempting to guess whether a particular city grid can handle a lot of traffic. We can simulate thousands of random vehicles of different types, with various sizes, speeds, and destinations in a Simulation Creation. The higher level properties of the simulated world matter much more than the physical characteristics of the car engines.

Scientific Simulations usually require moderate amounts of exact data. And they are adamant about build and scale. There may be instances that require expensive and dedicated supercomputers. On the other hand, large scale probabilistic simulation is inherently parallel. Researchers can scale up and build this type of simulation effectively in the cloud. These simulations would be a perfect data source for creating the training algorithms required for AI Models. They also play an essential role in enabling end-to-end testing for AI systems. When we talk about Simulation Creationism, some scientists say that our current existence may already be inside a computer simulated universe created by a terrestrial being.

The use of simulations goes way beyond self-driving cars. It is a new standard for the creation of Artificial Intelligence. We can solve many problems on artificial platforms where we get many examples of how human beings do things. It is possible to simulate our real environment with a high degree of accuracy.

The robotics space reveals some of the fascinating problems that simulations can solve. In principle, it’s safer and easier for us to build a factory’s twin digitally and run a program for the robots in virtual space rather than creating them physically in a real environment. This type of simulation is useful, especially in situations where robots need to communicate safely with humans workers or where the robots act over a large area, such as when there are thousands of item grippers within a retail warehouse. In such situations, it’s not easy to program the robots for every conceivable scenario.

Other than robotics, there are many areas where we can use the Simulation Creationism approach. In retail, while designing a floor plan, it’s possible to simulate people’s movement, making the planning process easier. In supply chain logistics, one can create transportation networks that are very resilient and efficient. And, the researchers have barely begun to explore the application of simulations in the healthcare space. If researchers could simulate the chemical interactions inside a cell, we could predict a new drug’s potential outcome and effect. And even if the simulation is not entirely accurate, it can still help and guide the testing process on new substances, which may save years of time, development, and hundreds of millions of dollars.