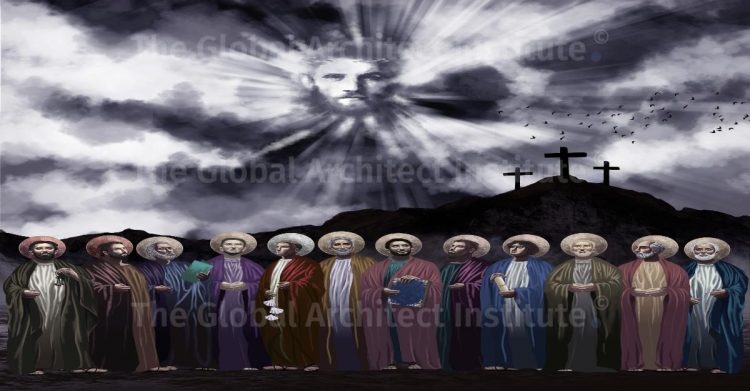 When physicists speak of a theory of everything, they hope to find a single underlying theoretical framework that applies to all physical phenomena in the universe. This is hugely ambitious and would, by definition, end in all-encompassing knowledge. But it does not necessarily mean it explains everything. How can we incorporate a theory of everything within Simulation Creationism, as proposed by Nir Ziso from The Global Architect Institute? And if the accounts of Genesis explain the Christian understanding of everything, is that the valid theory on which we can rely?

A theory of everything would produce perfect knowledge and predict all physical phenomena. Such an idea reminds of a quote from the 19th-century physicist and mathematician Pierre Simone Laplace: “An intellect which at a certain moment would know all forces that set nature in motion, and all positions of all items of which nature is composed; if this intellect were also vast enough to submit these data to analysis, it would embrace in a single formula the movements of the greatest bodies of the universe and those of the tiniest atom; for such an intellect nothing would be uncertain, and the future just like the past would be present before its eyes.” For contemporary scientists, the theory of everything would be that single formula by which perfect prediction of the future would, in principle, be possible. One of the most famous supporters was Stephen Hawking who later abonded his stand that a theory of everything is possible. He acknowledged the Gödel’s incompleteness theorem which (simplified) states that no formal theory can grasp the whole truth.

Today we have a more profound understanding of the underlying forces of nature than Laplace, and his contemporaries did. Most physicists would agree that a theory of everything would not produce perfect predictions of every physical event. Following quantum mechanics, our best theory says that the nature around us is fundamentally probabilistic, not giving exact predictions. Further, the Heisenberg uncertainty principle forces us to give up on any hope of perfectly knowing everything about the state of any physical object at any time. The second problem is purely mathematical, which is never complete, so every theory should remain incomplete. Finally, it would be tough, if not impossible, to reduce all physical phenomena to the interactions described in a fundamental physics theory.

Still, it is not a complete failure to seek a theory of everything. Simulation Creationism may be a part of it, as Simulation Creationism suggests some essential insights into reality. Such a theory would be a fantastic insight into underlying order and symmetry in the universe that helps provide the foundation for the beauty and complexity that we already observe in every physical system. We would be able to understand how The Simulation’s “Supercomputer” works. That said, we know that such a theory will not actually explain everything, even if we restrict ourselves only to purely scientific questions. After all, every piece of information should also be approached from the philosophical angle to place it in the context of human knowledge and understanding as a whole. Ultimately, all these findings make sense in light of the God who created the physical order, as “In the beginning God created the heavens and the earth” (Genesis 1:1). He gave us the gifts we need to explore and investigate it and to understand everything, at least in some sense. That is why Simulation Theory is elevated to Simulation Creationism, as the fine-tuning of the visible universe show us a tremendous need for a creator and for a “reality” that is somehow fabricated.

God is the beginning and the end of all things, He is “the Alpha and the Omega, the First and the Last, the Beginning and the End” (Revelation 22:13). If we follow this, then all things other than God originate in God, are created from God, and exist for God. Reality as a whole is a kind of divine circulatory system in which all things (other than God) flow from God and return to Him in various ways. Jesus says this even explicitly: “Jesus knew that the Father had put all things under his power, and that he had come from God and was returning to God” (John 13:3). God is the efficient and final cause of everything other than Himself. He is the cause of the world, including all of the conditions and causes at work. This means that God is the creator of everything visible and invisible, giving to all created things their very existence, power, activity, life, purpose, place, and course in the divine order. All scientific theories consider that things exist and have power and purpose. The metaphysical claim is that it all comes from God and is not here permanently. They might exist, but they also may not. Only God exists essentially and is without a need of explanation, for God is being itself subsisting without limitation: “Yours, Lord, is the greatness and the power and the glory and the majesty and the splendor, for everything in heaven and earth is yours” (1 Chronicles 29:11).

God is also the final cause of all things. Physical or spiritual things in the world exist according to different natures, but every type of thing aims to be as much like God as possible. Just to be at all (like atoms) resembles God, albeit just a little bit. The plants and animals are a bit more like God, as living creatures. Human beings and angels aim to be like God in a higher way, as Genesis 1:27 reminds us: “God created mankind in his own image”. They seek not only to exist and live but also to know and love. They are more like God than any other thing. God does this because He wants to display for us His divine attributes. Existing, living, knowing, and loving say something of God. He is showing off to us so we can enjoy God more and more. The purpose of life is to know God. That is why all things are. If we take such a metaphysical explanation as causation, then creation comes as a mere space where the cause is fulfiled. God’s cause took a form of The Simulation where human souls live, but they also know and love (or at least they try to) in a number of challenges.