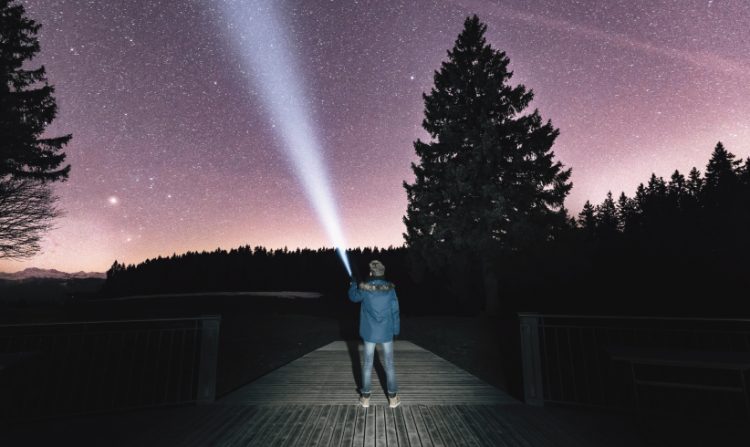 What is the likelihood that our whole universe has been created inside a container possessed by extraterrestrial beings much more intelligent than human beings?

Let me write this question in a different way to make it more precise.

I am going to assume that extraterrestrial beings created this simulated universe on a giant computer. This simulated universe is pretending to be the real universe. Games like Fortnite and Minecraft created their own worlds for players to enjoy. These games allow interactions between players within the created simulations of their worlds.

Using the same approach, it is likely that these extraterrestrial beings are similar to us (maybe they’re our ancestors or descendants) because they must understand human beings to simulate us.

We can now write our question more precisely: What is the possibility that our world is a computer-simulated universe run by extraterrestrial beings who are similar to human beings?

A philosopher and professor at Oxford University named Nick Bostrom has researched the answer to this exact question. He concluded, “Yes, it is possible.”

Bostrom thinks that it is possible that we are currently living in a simulation. We call the argument given by Bostrom the Simulation Hypothesis. Every scientist has a different opinion about the reality of the universe; Elon Reeve Musk, a business magnate who says that it is highly possible we are in a simulation, once said in a podcast that the chance we are in the real world is one in a billion.

A Simulated World that Feels Real

Bostrom argues that it is likely that if these simulated beings, who are very similar to us, failed to realize that the universe they live in is a simulation, then it is also possible that you and I are in a simulation.

If you suspect that we live as a result of Simulation Creationism or think that we are not living in a simulated universe, how could we prove which guess is right?

Let us assume that only one real past exists. These futuristic, advanced beings may be running multiple simulations of their history, i.e., they may have created simulations of several different historical scenarios.

These simulated people could also be running a vast number of simulations without challenging the argument raised by Bostrom. Let’s assume there are 200,000 simulated worlds. Our guessing game is similar to rolling a die with 200,000 sides. When I guess that we are not living in any simulation, I am betting on us living within a specific number of real worlds—let’s say it 3—because there could be only one possible reality that is not simulated.

Does this guessing game prove that we are living in a simulation? Not quite.

It is more likely that we are living in a simulation if we accept that extraterrestrial beings exist and are running simulations on their advanced computers.

But the question is, how likely is it that there are beings who can develop advanced computers capable of creating multiple simulated universes in which simulated beings are conscious in the first place? If we assume that this is implausible, then it is also unlikely that we live in a simulated universe.

Another question is how likely these beings would be to run historical simulations, even if they could create them. These beings might not have any interest in creating a simulated universe. This argument also favors us not living in a Simulation Creation.

Laying Out All Our Options

There are three possibilities regarding Simulation Creationism.

Are these our only possible options? The answer appears to be that they are.

You might disagree with these possibilities by mentioning any of the theories that argue we are not living in a simulated universe. For example, you can say that science suggests that the Big Bang started our universe.

This is a good point. Options 2 and 3 of the Simulation Hypothesis, in which we assume that we are not living in a simulation, can account for the Big Bang Theory. These arguments do not contradict the Big Bang. This formulation of Simulation Hypothesis accounts for traditional scientific knowledge and theories, negating the need for more than three possibilities. One of these three options must be true.

So, which version of Simulation Hypothesis is correct? Unfortunately, there is no conclusive evidence to help us decide.

The Principle of Indifference

When we have a set of options, and there are no sufficient pieces of evidence suggesting one option is correct, we should consider all the options as equally credible.

In simple terms, faith encourages selecting one of the options as accurate with reference to the available evidence.

Philosophers call giving equal credence to all the possibilities in cases where we don’t have sufficient evidence, such as in Simulation Creationism, the “principle of indifference.”

An example could help us understand. Imagine you have prepared cookies and placed them on your desk. Then, you left home to go to work. After coming back home, you found that all of your cookies had vanished.

When this happened, three roommates were living with you, and all of them were strangers to you.

It would help if you started your investigation by recalling the information you know about each of them. If you know person A has a history of stealing cookies, you could guess that he might have taken your cookies.

But what if you don’t know anything about these people? Would it be right to accuse any one person of stealing your cookies? No.

The Principle of Indifference and Bostrom’s Simulation Argument

The principle of indifference is within Bostrom’s simulation argument.

There is not sufficient evidence to decide which of his three options is correct.

If you feel a little nervous now, it is essential to note that there may be discoveries in the future that can change these probabilities.