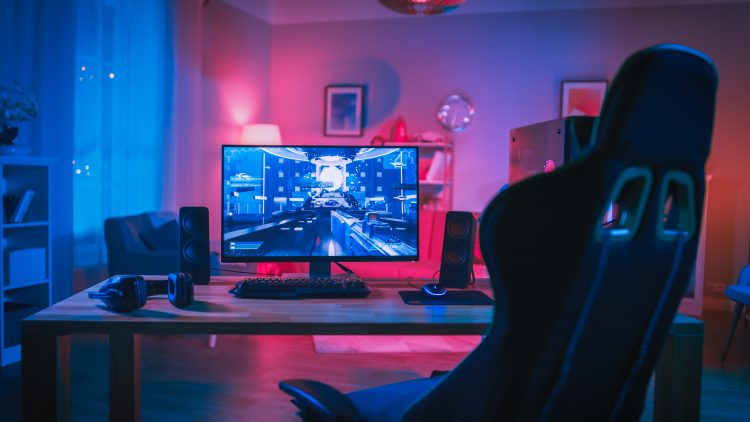 We often take our existence for granted, but we should be asking ourselves whether we’re living in a universe that is wholly simulated. There is no doubt the theory that our existence is a simulation would seem unfamiliar and irrational to the general public. However, this belief has been shared by many great minds, including Ray Kurzweil, Neil deGrasse Tyson, and Elon Musk. Elon Musk asked a question, “What is Outside the Simulation?” in a program with Lex Fridman, a research scientist at MIT.

To understand how anyone can survive in a Simulation, we would need to explore the Simulation Hypothesis. Simulation Creationism is an artificial simulation that determines and contains everything we know exists, including the Universe.

The idea behind Simulation Theory is not a recent one; it was proposed in the 17th century by the philosopher René Descartes. This idea gained momentum when a Swedish-born philosopher at the University of Oxford, Nick Bostrom, wrote a paper with the title “Are You Living in a Computer Simulation?”

Nick Bostrom discussed three possibilities and analyzed them to demonstrate his point of view about the likelihood of us living in a simulation. He’s also given us detailed information in several interviews, including this talk at Google headquarters.

We will further investigate Simulation Theory, exploring  how it was created, who supports it, and why anyone would originate this theory.

How a Simulation Would Be Originated

If we look over the history of video games, we can notice a considerable difference in their capabilities over time due to technology’s development. Forty years ago, we had a game called Pong that consisted of two rectangles and a dot. It was a bit like tennis played from above. Video games rapidly evolved. In the 80s, there were 2D graphics; in the 90s, we developed 3D graphics; and now, Virtual Reality (VR) has been introduced.

When we start talking about the rate of development in VR, it’s less easily understood. When VR began, it suffered from several issues: users started getting headaches, dizziness, nausea, and eye strain. Some of these issues persist, but now VR is accessible enough to offer gaming, educational material, and travel experiences in a 3D view surrounding users.

If the technology keeps developing at the current rate of progress, in 50 years or 500 years, VR will be identical to reality. A user could engage themselves in a virtual game that would be completely simulated, and at some point, the gamer would find it hard to differentiate reality from fiction. The gamer could engage themselves entirely in an unreal reality that they do not determine, not realizing that they are nothing but a simple character in someone else’s simulation.

Who Would Create the Simulation?

How is it possible for us to create simulations based on growing technological advances, as explained by “the law of accelerating returns.” Answering who could create such simulations is a challenging puzzle. Numerous different conditions and scenarios have already been put forward; they are all equally valid, as there is no way to falsify any of these theories.

Nick Bostrom suggested that maybe an advanced civilization chose to run “Ancestor Simulations.” These are simulations that are identical to reality. Essentially, these simulations create programmed human ancestors that live in a simulation indistinguishable from reality. It is possible to run infinite numbers of simulated realities. Our ability to create these simulations is not as far off as you’d imagine. Deep reinforcement learning aims to teach an artificial neural network to upgrade itself inside a simulation.

We could be simulating non-identical realities to uncover the truth about a chain of events using the point of view of Artificial Intelligence. You may create a simulation where Korea is divided into North and South, but North and South Korea remain unified in another simulation. Every small change in the simulation could leave a huge impact.

Other possibilities suggest either aliens or advanced artificial intelligence has created the simulation. The truth behind the simulation is still unknown. However, it is interesting to theorize who would be running such massive and advanced simulations.

There are numerous arguments made about Simulation Theory and how it works. Were all the planets, Earth, and all the Universe in existence for 4.5 billion years as part of a simulation started that long ago? Or did the simulation start at another point, like the year 1 AD ? The latter would suggest that we preserve computing power resources by having the simulation create a geological and archeological history that we could study. And then again, another undefined point in history may be the aim of the simulation, perhaps it was designed to help us grasp the nature of evolutionary forces and how homosapiens react to disaster events like the five significant extinctions, one of which wiped out the dinosaurs over 65 million years ago.

Another possible scenario would start when the first human began traveling out of Africa almost 70,000 to 100,000 years ago. Opinions on when we’ll have the ability to simulate so much time vary from one scientist to another, but most agree that we’ll get there when we perfect quantum computing.

A quantum computer would have the capability to allow time to be non-linear. We could then experience time without any actual passage of time. Not only this, without quantum computing power, OpenAI has flourished using large-scale, deep reinforcement learning to allow a robotic hand to teach itself to manipulate a Rubik’s cube.

When you think about the spectrum of those who give credence to the possibility that we are living in a simulation, a common denominator appears: Most are people who have a deep faith in technological progress, science, and rapid change, and are quite successful.

If you are Elon Musk, what is the possibility that you will be the one person among 7.7 billion to take humans to Mars? Is that higher or lower than the chances of him living in some simulation? Considerations like these may be why Elon Musk stated at Code Conference that there is one chance in a billion that we live in a real world. Elon Musk also shared his views in the Joe Rogan Experience, where he said, it’s possible we are in a simulation.

An American developer and enigmatic hacker, George Hotz, has given the most compelling Simulation Theory argument. He is also a founder of autonomous vehicle technology company, Comma.ai. At SXSW 2019, George made people believe for an hour that we were living in a simulation. We can take this theory seriously, and we should try to keep our minds open.