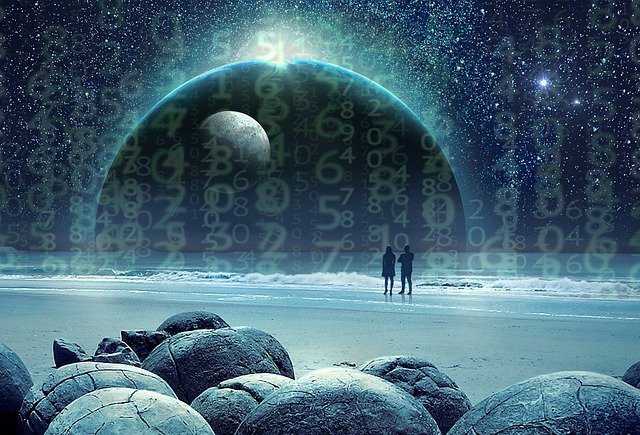 A physicist-created AI algorithm capable of predicting natural events may be proof of the Simulation Hypothesis being real.

Hong Qin, a scientist and physicist from the Princeton Plasma Physics Laboratory (PPPL) of the United States’s Depart of Energy (DOE), has developed a new computer algorithm that not only is said to be capable of producing discoveries that could be highly transformative in regard to energy, but also supports the main idea stemming from Simulation Creationism: what we perceive as a true reality may instead just be a simulation.

This algorithm utilizes “machine learning,” an AI process of automated learning through the course of experience.

The algorithm was initially developed for the sake of predicting planetary orbits within the solar system and was trained based upon the current data of the orbits of Jupiter, Ceres, Mars, Venus, Earth, and Mercury. Qin has written that the data is “similar in nature to the information that Kepler inherited from astronomer Tycho Brahe in the year of 1601.” Based upon that data, a “serving algorithm” is able to accurately make predictions of additional planetary orbits within our solar system. These predictions also include hyperbolic and parabolic escaping orbits. The algorithm is advanced enough that it has even been able to, simply based on the numbers, figure out Newton’s laws of universal gravitation and motion without having specifically been given that information.

Qin’s algorithm is now being adapted even further to be able to predict and possibly even control certain other behaviors. Most of the focus is currently on plasma particles that are involved in the processes of the facilities constructed for studying the energy from the Sun and stars (“fusion energy”). Qin has also worked alongside a Ph.D. graduate student, Eric Palmerduca, at PPPL on using a new technique “to learn an algorithm that is effective in both structure-preservation as well as being able to remain stable for the long-term to stimulate the gyrocenter dynamics that are present in magnetic fusion plasmas. Qin and Palmerduca also have plans for using the new algorithm for the sake of further studies in quantum physics.

Nick Bostrom, Swedish philosopher and writer of the 2003 paper to boost support for the ideas of Simulation Creationism and our reality being a simulated experience by advanced beings, played a significant part in inspiring Hong Qin. Qin insists that the algorithm he’s developed is a perfect example of the potential technology that would need to be in use for supporting this Simulation Hypothesis that’s been brought to the forefront of society by Bostrom.

Qin replied to an email conversation with certain individuals, saying: “What if there is a laptop running a simulation of our Universe and there is an algorithm playing a part in running this experimental reality we may all be living in? If there is definitely an algorithm involved, I’d believe it should probably be one that is both simple and on the space-time lattice. A simulation, like one discussed in the beliefs of Simulation Creationism, may need a high-powered laptop with a lot of CPU and memory to run properly, but the algorithm needed for it could easily be very simple.”

Qin thinks we are probably quite a few generations out from being capable of running such complex simulations of reality as those discussed in Simulation Creationism. However, having an algorithm exist that can accurately predict natural events based upon the data it’s been provided with is a step in the right direction.

“Discrete field theory” is an algorithmic framework that works incredibly well for machine-learning purposes but is typically a bit difficult for present-day humans to understand. Qin likes the approach of using this theory in his work though because it allows for easy adjustment of parameters and these can be easily trained. Observational data is used for this training and then the algorithm can run and predict even more new observations with a surprising amount of accuracy.

Is It Possible That We Are Living in a Simulation?

Present-day physics typically uses an approach to studying that involves perceiving space-time as “continuous,” a view that began with Isaac Newton and his three methods of both describing and working with the factors associated with space-time: his law of gravitation, his law of motion, and the development of calculus. As far as Qin is concerned, the “discrete field theories” of his own preference for this algorithm go against these usual physics approaches.

Qin is of the firm belief that most of the significant problems in research these days can be attributed to continuous space-time having the laws of physics be expressed via continuous field theories and as differential equations. Qin insists that the majority of the difficulties faced in this research could easily be overcome if the laws of physics were to simply be based upon discrete space-time instead of the flawed “continuous” perspective of it.

If “discrete field theory” were accurate and how the world actually worked, everything would be made out of data points and pixels and look like a scene out of “The Matrix” movies.

Bostrom’s Simulation Creationism hypothesis is strongly supported in its logic by Qin’s work, proving the “discrete field theories” to be far more accurate and useful by comparison to the present-day laws of physics in the flawed perspective of “continuous” space. Qin says that it is mandatory that our future generations discover the “discrete field theories” to be more accurate and natural than the features of the laws proposed in continuous space by those who have studied these fields for centuries before them.

The paper on this subject that was written by Hong Qin is available for reading via Scientific Reports.

It is Confirmed: We Live in a Simulation

It is Confirmed: We Live in a Simulation