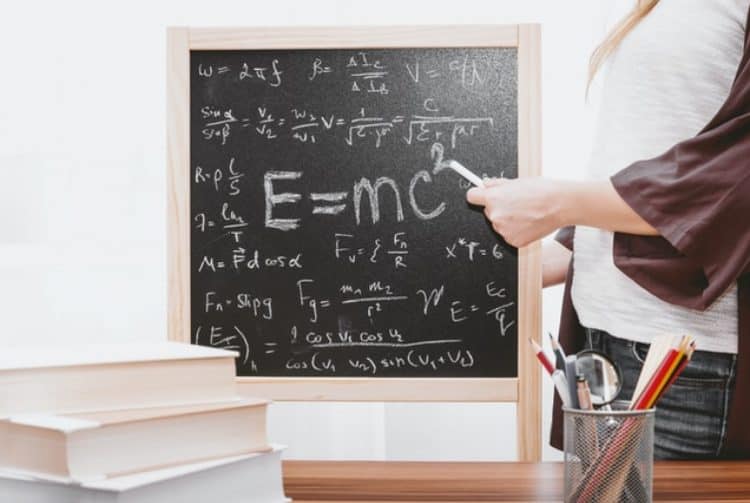 What do you think about the reality of your existence? How real you are? What if everything you experience and observe around you— including your home, people, and everything you’ve ever known— is not a physical reality but a detailed simulation? A Swedish-born philosopher at the University of Oxford, Nick Bostrom, has considered this in his paper titled: “Are You Living in a Computer Simulation?” In this paper, Nick Bostrom proposed that it is possible that our existence might be a product of a very advanced and sophisticated computer simulation that is being run by some advanced being. But now, a new idea has come to the light that takes this theory a step further: what if the reality of our existence is quite different and there are no advanced beings who run things as we assume? That everything we experience is real and is a simulation in itself, and it creates pure thought on its own?

“The Self-Simulation Hypothesis Interpretation of Quantum Mechanics,” a paper from a Quantum Gravity Research team, says that the physical Universe is a “strange loop.” They consider the simulation hypothesis suggested by Nick Bostrom, which supports that everything we experience to be real is an extremely detailed computer program instead of depending on advanced lifeforms to construct the astonishing technology necessary to create everything within our world. Would it not be more comfortable to propose the idea that the Universe itself is a “conceptual self-simulation?” They connect this theory about Simulation Creationism to quantum mechanics and observe the Universe as one of many plausible quantum gravity models.

A key feature differentiates this idea, which connects to the certainty that Bostrom’s genuine hypothesis is materialistic, observing the Universe as naturally physical. According to Bostrom, we could be an ancestor simulation created by advanced posthumans. Evolution could itself be a mechanism through which the posthumans are testing infinite processes to take humans through a stage of biological evolution. In the same way, they may create assumed information or history of our existence and this world. In the end, there would be no way for us to know the difference.

One question badgers the researchers, though: What is the source of the physical reality that creates simulations? Their hypothesis supports a non-materialistic approach by saying that whatever we experience or observe is expressed as thought. In this case, as the Universe says itself, it “self-actualized” and came into existence, depending on fundamental algorithms and laws they call “the principle of efficient language.”

According to this proposal, the whole simulation of anything we see, including this entire cosmos, is nothing but a “grand thought.” However, the question arises of how it could be possible for the Universe to originate itself. Researchers say, while explaining the notion of “timeless emergentism,” that it was always there. But, according to the Simulation Theory, time is not there at all. As per this theory, there is no time at all. Instead of this, it was considered that our reality provides a nested appearance of hierarchical order full of “sub-thoughts” that reach down to the corners towards the base mathematics and fundamental particles. This is also where well-organized language laws come in and suggest that human beings themselves are “emergent sub-thoughts,” observing and discovering the meaning in the world by some other sub-thoughts in the most economical fashion.

A physicist, David Chester, explained in correspondence with Big Think that when several scientists assume materialism to be true, quantum mechanics may offer clues that our reality is a mental creation. Recent developments in quantum gravity, such as observing spacetime, arise through a hologram, which is also a clue that spacetime is not fundamental. It is also correspondent with an old Indian and Hermetic philosophy. In this case, the mental creation of reality constructs spacetime to competently understand itself by creating a network of subconscious inhabitants that can deal with and inspect the totality of possibilities.

Some scientists connect their hypothesis to panpsychism, which treats everything as consciousness or thought. According to the authors, they expect that their “panpsychism self-simulation model” can describe the emergence of a comprehensive pan-consciousness at the base level of the simulations that is “self-actualized in an unusual loop itself through simulation.” This pan-consciousness even has free will; its numerous nested stages can choose what code to bring out while creating syntax choices.

The authors provide another fascinating theory that may connect one’s daily experience to this philosophical reflection if the previous example is hard to understand. They say to think of your dreams that are similar to self-simulations. The concept and experience of dreams tend to offer a better solution than present computer modeling, and these are a great example of the development of the human brain. Many scientists write that “what is most exceptional is the ultra-high-fidelity resolution of such mind-based simulations and the correctness of physics.” They place emphasis on lucid dreams: a dream where the person dreaming is aware that they are in a dream, and a perfect example of accurate simulations constructed by your brain which may be impossible to identify from another reality. After reading about this possible simulation, what do you feel? Do you know that you are not currently in any dream? This reality’s experience looks very high-resolution, but so do some dreams. It can easily be imagined that, in the near future, we could have the computational resources to create the same level of reality in which we are living now.

It is also suggested that we will one day likely be capable of creating “designer consciousness” for ourselves as developments in gene editing could allow us to make highly powerful mind simulations of ourselves.

While some theories among these ideas are indeed controversial in the ordinary science circle, it’s been encouraged that “everyone must think about certain aspects of philosophy and consciousness that are not comfortable subjects to some scientists.”