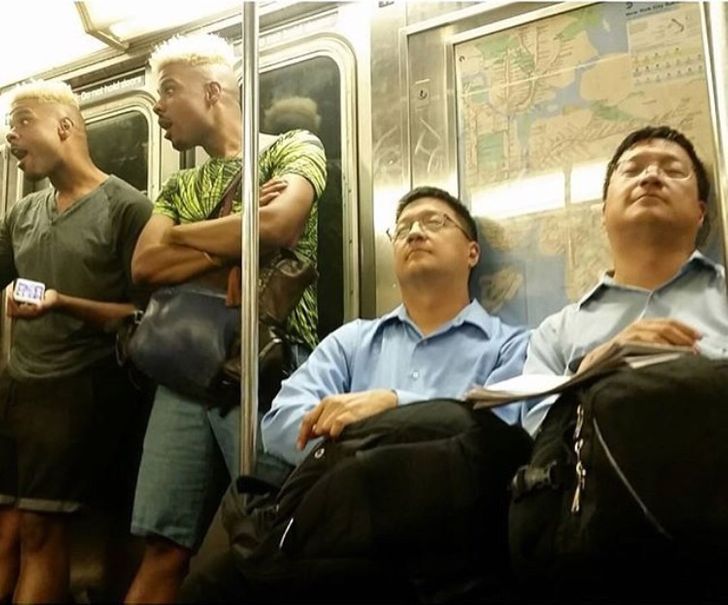 15 Reasons Why we Might be Living in a Simulation

Many think we are living in The Matrix, a 1999 movie about life in the future. The hero, named Neo, lives in a computer simulation created by some kind of “post-humans”. Film followers have long contemplated  the plausible and the implausible in this notion. They wonder if there is real evidence. There are fifteen possible explanations, some rather odd. Meanwhile it is fun to speculate.

This harks back to the death of Nelson Mandela who died in 2013. Yet many thought he died as early as the 1980s and remember TV coverage of the event. The so-called Mandela Effect has become proof of a purported simulation that can change what happened in the past. Some say that there are parallel universes and it is possible to cross from one to the other, like Mandela who lived to the age of ninety-five.

There are more examples to back up this “effect”. One is the Berenstain Bears children’s-book series. It doesn’t seem significant, but some people differ offer the spelling of the name. They could have faulty memory, but some insist it is “Berentstein”.  Then another example: a nonexistent movie from the 1990s was allegedly called Shazaam, starring Sinbad, the comedian, as a genie. Not the most exalted proof! Bottom of Form

probe as we might into outer space, we have yet to find those missing aliens that we know are there. It is about time that we found evidence of extraterrestrials that we assume are technologically advanced beyond the imagination. We therefore must be living in a simulation that we can’t escape. Maybe a giant computer is holding us back! It has limited memory and can’t create another civilization.

electrons are fired at some kind of screen that is photosensitive. It is an experiment in physics in which a copper plate is used to induce an interference pattern and subsequent wavelike action. What if this experiment is run again under observation. Well, the electrons would behave like particles and not waves with no interference pattern. There are those who believe there is an implication here: we live in a simulation that is conserving its resources and is therefore limiting phenomena when we are looking at it.

DNA with a computer virus

Some researchers from the University of Washington actually tested this idea in 2017, as preposterous as it sounds. They came from different fields with the goal of proving that DNA may contain a malicious computer code inserted within its structure. Computers engaged in gene sequencing could therefore be vulnerable to attack. But something else was revealed. Our biological reality as perceived is actually made from computer code.

We are witnessing major upheavals, indicating that the world is on the verge of chaos. Maybe it is because of something odd taking place in a simulation that existed prior to this one. Perhaps we are in an ancestor simulation created for the purpose of solving the energy or climate crisis. Humans could show our creator the way to do so. This theory is akin to the idea of aliens as our mentors. These extraterrestrials might return to their original planets if we succeeded in dealing with chaos.

Evidence has to encompass the existence of video games. People like Elon Musk have become popular heroes in supporting Nick Bostrom’s Simulation Hypothesis. If mankind can create the ultimate technology (living long enough to find it), we could eventually simulate reality. Of course there would be many stemming from “a base reality”. It is statistically probable that we live in a simulation at this moment. Proof is also seen in video games that have progressed substantially since the arrival of Pong, an elemental system of rectangles and a dot. It is all so photorealistic now and runs in 3D. Things can play simultaneously. It took forty years. In forty more, you can expect games that simulate reality to perfection. We are clearly on this trajectory per Musk. The odds are one in billions that we reside in the base reality, he says.

There is a lot of this out there thanks to Donald Trump. Stuff like Brexit, the Oscar envelope mess of 2017 and the Super Bowl comeback the same year. This all indicates some amazing malfunctioning within the simulation that is our world. Someone pushing the “buttons” is screwing things up royally.

This is the brainchild of James Gates, a theoretical physicist. He asserts success in identifying the actual computer code within string theory’s equations. He calls them the fundamental particles of our universe or “error-correcting codes — they’re what make [web] browsers work. So why were they studying about quarks and electrons and supersymmetry?”

The universe has rules

This one comes from Max Tegmark, an MIT cosmologist. The universe operates according to strict laws of physics and this is evidence that reality is but a video game. “If I were a character in a computer game, I would also discover eventually that the rules seemed completely rigid and mathematical.” The speed of light or the fastest rate a particle can travel is the speed that limits the transmitting of information with the simulation’s network.

We are looking for proof of living in a simulation in the midst of so many theories, many from great minds! Many say it is easier to prove than disprove. Nuclear physicist Zohreh Davoudi has tried his hand at it. He looks at the most energetic particles known to us – cosmic rays – and sees pixel-like chunks. This is akin to what you find in simulations in his view. If we are in a base reality, these cosmic rays would be unending beams. A philosopher from NYU, David Chalmers, has said his piece. It is not provable that we live in the Matrix. “You’re not going to get proof that we’re not in a simulation, because any evidence that we get could be simulated.”

This zone contains the earth according to astrobiologists. It is near enough to a star such that greenhouse gasses trap heat for the purpose of keeping liquid water.  It is conversely far enough away to avoid turning into a Venusian hothouse. As such it is an “orbital sweet spot” that serves as evidence for simulation, albeit circumstantial. “If our sim-designers wanted us to succeed, it makes sense that they’d place us in such a cushy environment.”

While many doubt that such things exist, others believe in them profoundly. They love to recount haunting or alien encounters. Are they glitches in the simulation? It is certainly a widespread assumption found on Reddit forums. Users share their philosophical ideas about the eerie, odd, and occult. Something we know and expect suddenly changes or disappears! Slip-ups abound, suggesting a parallel universe. It is like being in a video game entering a different sphere. Some say they exit an elevator and find themselves having jumped between floors.

The “bricks” of our matrix

Simulation addicts think they have discovered the pixel-sized building blocks of the universe. They call it the Planck-length, meaning that the concepts of gravity and spacetime are nullified. This measurement is allegedly equal to a pixel or bit of information.

We’re getting better at simulations

imagine a simulation that is more advanced, created by a super computer or thousands of connected devices. So says researchers from the Harvard-Smithsonian Centre for Astrophysics who tried it out in 2014. They wanted to create a 350 million light-year simulation of our universe. They then aged it over thirteen billion years. It became The Sims, a video-game franchise that has sold over 125 millions copies. People have since become obsessed with such games to create even more simulations.

a photo appeared in 2015, showing a dress that appeared as two different colors to observers. That is one kind of glitch. Then in 2018 came what is called the Yanny or Laurel fiasco of a similar nature. It was an auditory illusion within a short recording of two words. Listeners differed in what they heard: Yanny or Laurel. It was trying to reproduce the idea of the dress photo but it was a ruse as the tape contained both at different frequencies. So it only had to do with pitch and volume, while the photo dealt with hue saturation.

It all boils down to altered views of reality for one reason or another. These fifteen reasons for supporting such a simulation are a tip of the iceberg and are patently controversial and even bogus. Nonetheless the human brain is miraculous in what it perceives, or thinks it perceives!

Why Does Elon Musk Believe we are Living in a Computer Simulation? Science